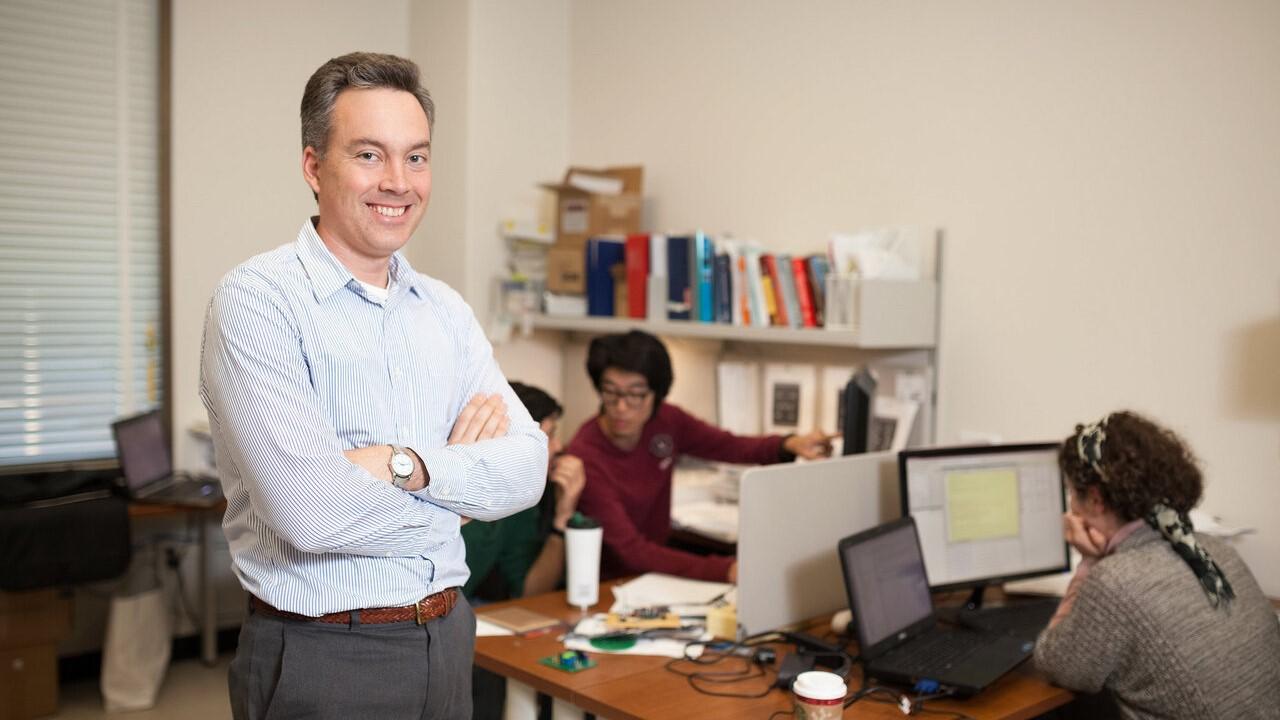 Mechanical and aerospace engineering professor David Horsley was recently elected a fellow of the Institute of Electrical and Electronics Engineers (IEEE). Fellowship is the highest level of IEEE membership, and it recognizes a high level of extraordinary accomplishment in an IEEE field. Fellowship is considered a prestigious honor and important career achievement.

Horsley was recognized for the development of micro-electromechanical systems (MEMS) for ultrasonic transduction. He is the first MAE faculty member to receive the honor.

“I’m honored to be named an IEEE Fellow, knowing the outstanding contributions that past IEEE Fellows have made to the field,” he said.

Horsley is known for inventions such as the first MEMS-based ultrasonic fingerprint sensor and the first MEMS ultrasonic time-of-flight range-finder. He is the founder and Chief Technology Officer of TDK-Chirp Microsystems, which manufactures these devices.

Horsley’s ultrasonic fingerprint sensors are used for biometric authentication in laptops and other consumer electronics, while his time-of-flight sensors are found in everything from robot vacuum cleaners to smart speakers. He holds 21 issued and licensed U.S. patents and 11 patent pending applications.

Horsley received his B.S., M.S. and Ph.D. in mechanical engineering at UC Berkeley and joined UC Davis in 2003. Since then, he has received an NSF CAREER Award, the NSF’s Alexander Schwartzkopf Prize for Technical Innovation, the 2018 East Bay Innovation Award and the College of Engineering’s Outstanding Junior Faculty Award. He was also elected a Fellow of the National Academy of Inventors in 2020.

IEEE is the world’s largest professional association for the advancement of technology to benefit humanity. For over a century, the society has been a trusted voice for engineering, computing and technology information around the world.