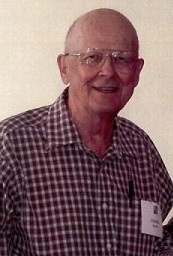 It is with sadness that we announce the passing of Professor Emeritus Charles Beadle on Monday, March 7, 2016.

Charles received a B.S. in mechanical engineering from Tufts College and M.S. and Ph.D. degrees in engineering mechanics from the University of Michigan and Cornell University, respectively. His Ph.D. research under the direction of Professor H.D. “Don” Conway focused on solution techniques for boundary value problems.

Upon completion of his Ph.D.,  Charles commenced his career at UC Davis when he was appointed assistant professor in Mechanical Engineering in 1961. In 1965 he was promoted to associate professor and, in 1976, to full professor.

He will be sorely missed by all of us in the department, college, and university.

For more information about his life, please read his obituary in the Davis Enterprise.