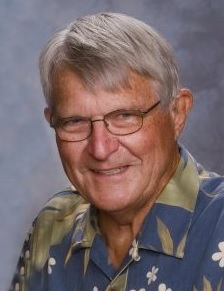 It is with sadness that we announce the passing of Professor Emeritus Jerald “Jerry” Henderson on Friday, June 10, 2016.

Jerry was a graduate from Davis High School in 1952 and then went on to receive a B.S. and M.S. in agricultural engineering from Iowa State University and a D.Engr. in engineering from UC Davis in 1961.

He commenced his career at UC Davis as an associate instructor in 1961 and was appointed assistant professor in Mechanical Engineering in January 1965. In 1969 he was promoted to associate professor and in 1975 to full professor. He became professor emeritus in 1993.

Jerry's research focused on mechanical design, materials handling, biomedical engineering and food engineering. One of his lasting contributions in teaching was the so-called totem project involving the design and manufacture of parts to given specifications and tolerances by each student, so all the parts can be assembled together and form a totem pole at the end of the quarter. This project incorporates concepts of design for manufacture and assembly and depends heavily on clear design communication. This project is still a key component of the mechanical-engineering course Manufacturing Processes (EME-50) at UC Davis. During the latter part of his career, he also developed an NSF-funded “How Things Work” class, which targeted student success and retention of women in engineering.

He had a strong interest in engineering education and was very active in the American Society for Engineering Education (ASEE). His research efforts resulted in numerous papers and four U.S. patents.

Jerry will be sorely missed by all of us in the department, college, and university. Contributions in his memory may be made to the Emeritus Professor Jerald M. Henderson Memorial Scholarship Fund.