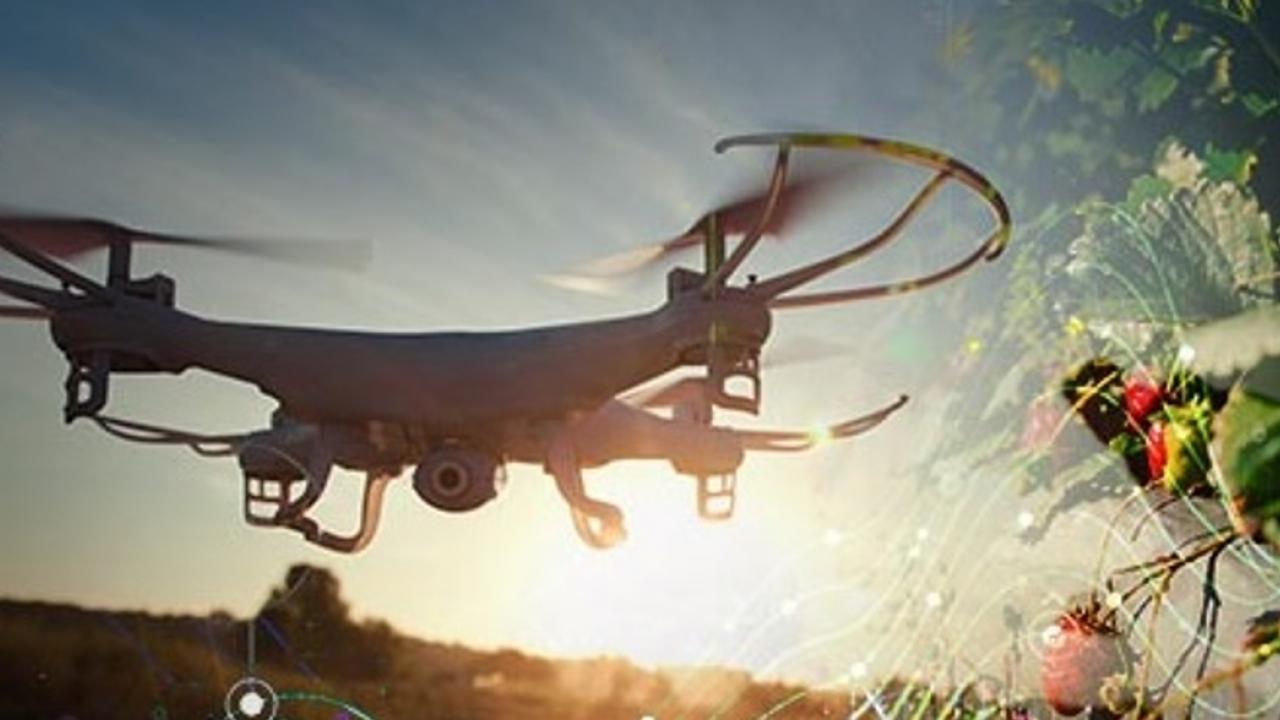 When a consumer bites into a strawberry, they rarely consider the lengthy product chain that brought the berry to their mouths. And those same consumers would probably be even less likely to ponder an insect known as the spider mite. However, rest assured that many strawberry growers are thinking about this insect a great deal. For as fate would have it, the spider mite is the strawberry’s most dangerous enemy.

April Van Hise, a graduate student pursuing a master’s degree in mechanical and aerospace engineering at the University of California, Davis, is part of a team out to rescue strawberry growers from the spider mite, using drone technology. Looking to capitalize on this mobile and versatile technology, they created “Bugbot,” a drone that carries a container with a paddle-wheel at its center, with the idea of dispensing large numbers of predator mites, which will in turn kill the spider mites.

The dispenser, armed with an opening two to three inches in diameter, utilizes the rotating wheel to dispense the predator mites, but when factors such as wind, height, and speed are taken into account, a smooth distribution is not as easy as it sounds.

“We’re trying to work with the effects both from the rotors on the ground and the wind and how it disperses on the ground,” she says. “A new idea we have is coming up with a corkscrew paddle that will push the mites out the back of the drone instead of dumping them, [instead of] pushing them continuously. The paddle has eight divisions so, as it turns, it dumps a little bit at a time.”

They’re currently using the granular mineral vermiculite for their practice dumps before they switch to actual predator mites.

“Part of what we’ve varied is how high the drone is and the speed of the drone,” she says. “The plan is ultimately to use machine learning with data. We’ve been using nine feet because at fifteen feet, [the drone] went outside of the sampling area. The speeds have been varied from 2.5 to five miles per hour.”

The drone has a DGI S1000 frame and it’s all DGI equipment, she says, and then they added the “Bugbot” name. Eventually, an onboard SDK software kit will be used and they will adapt it to the Bugbot to control the drone autonomously. They will also write the program for the robot operating system in order to control the drone.

Another grad student is working on a differential GPS. “The GPS we have right now is a few years old and it’s important to hit a certain crop or row,” she says. “A few meters could make the difference. A differential GPS could get it down to centimeters in accuracy.”

Originally, the Bugbot had a stepper motor, but there were concerns about it stalling or not having enough torque, she explains. A 360 servo motor is in place now. “The Bugbot is all 3D printed parts so maybe the paddle and the shaft of the motor didn’t quite go together as perfectly as it should have,” she says. In addition, there is an Arduino on board as the microcontroller and it’s controlled with a radio controller.

University of California, Davis postdoc Elvira de Lange, who has a Ph.D. in ecology from the University of Neuchâtel and received a grant for this drone project, says that stopping the spider mite is particularly relevant for the state of California because it produces the majority of strawberries for the U.S. “To have a background like mine and to have a chance to work with those with a mechanical engineering background, you learn a great deal and hopefully we can provide the kind of help these hard-working farmers deserve.”