The Department of Mechanical and Aerospace Engineering is excited to highlight the recent success of its graduate students, who have received numerous awards and fellowships in recognition of their outstanding research in computational fluid dynamics (CFD), AI and human-computer interaction and heat transfer and solar-thermal energy, respectively.

More information about each award and its recipients are below: 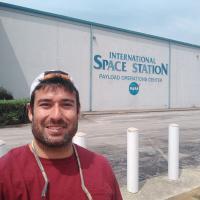 The Link Foundation Fellowship is a highly prestigious recognition for Ph.D. candidates in engineering simulation. The one-year fellowship offers Ph.D. students in the areas of modeling, simulation and training an opportunity to conduct advanced-level research full-time and to disseminate their results through conferences, journals and other publications.

Barkouki is a Ph.D. candidate and the chief scientist at Professor Steve Robinson’s Humans, Robotics, Vehicles Integration & Performance (HRVIP) Laboratory. He is also a part of the NASA Habitats Optimized for Missions of Exploration (HOME) Space Technology Research Institute, where he focuses on applying explainable AI to human-machine interaction for applications in deep space.

The Link Foundation is named in honor of Edwin A. Link, a pioneer in flight simulation starting in the 1920’s. 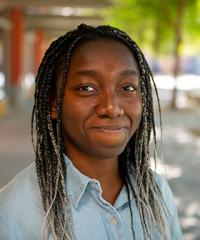 The award recognizes the originality, impact, clarity and elegance of research, and contribution in the field of Energy Sustainability completed as a graduate student. Tano’s paper proposed a new design of an additively-manufactured compact primary heat exchanger for solar-thermal power generation. The novel design was shown to effectively transfer heat from molten salt to supercritical carbon dioxide to incorporate solar-thermal power in industrial processes. 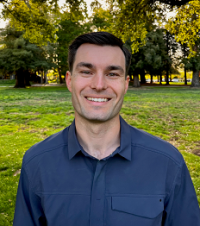 Every year, the fellowship recognizes and supports top M.S. and Ph.D. students around the world who are working on rotorcraft and vertical take-off and landing (VTOL) aircraft technology. Under the mentorship of Associate Professor Seongkyu Lee, Trembois is studying rotorcraft broadband noise by combining high-fidelity computational fluid dynamics (CFD) simulations with the lab’s groundbreaking UCD-QuietFly broadband noise prediction tool. If successful, his research will be used to inform designs of military tilted-rotor aircraft, as well as VTOL aircraft for urban air mobility (UAM).

Founded in 1967, the Vertical Flight Foundation is the philanthropic arm of the Vertical Flight Society, the largest global scientific community related to vertical flight vehicles. Trembois was honored at the VFF 78th annual award ceremony in May in Ft. Worth, TX.

The Joseph L. Steger Fellowship is awarded to three graduate students in the MAE department every year in recognition of outstanding academic records and excellence in research in computational fluid dynamics (CFD) in the 2021-22 academic year.

The award is named in honor of Professor Emeritus Joseph L. Steger, who joined the department in 1989 and conducted pioneering research in CFD. This year’s winners are Aaron Burkhead, Jared Sagaga and Joseph Graff, who will all receive a stipend toward their research.

Burkhead is looking at uncertainty quantification methods for ascent vehicle databases. Sagaga is studying how UAM vehicle rotors impact the noise of the craft while it hovers. Graff’s research is focused on the continual development of Multi Block FLOw 3d (MBFLO3); an in-house finite volume-based CFD code package with the capability to run fully-coupled fluid-thermal-structural interaction simulations.