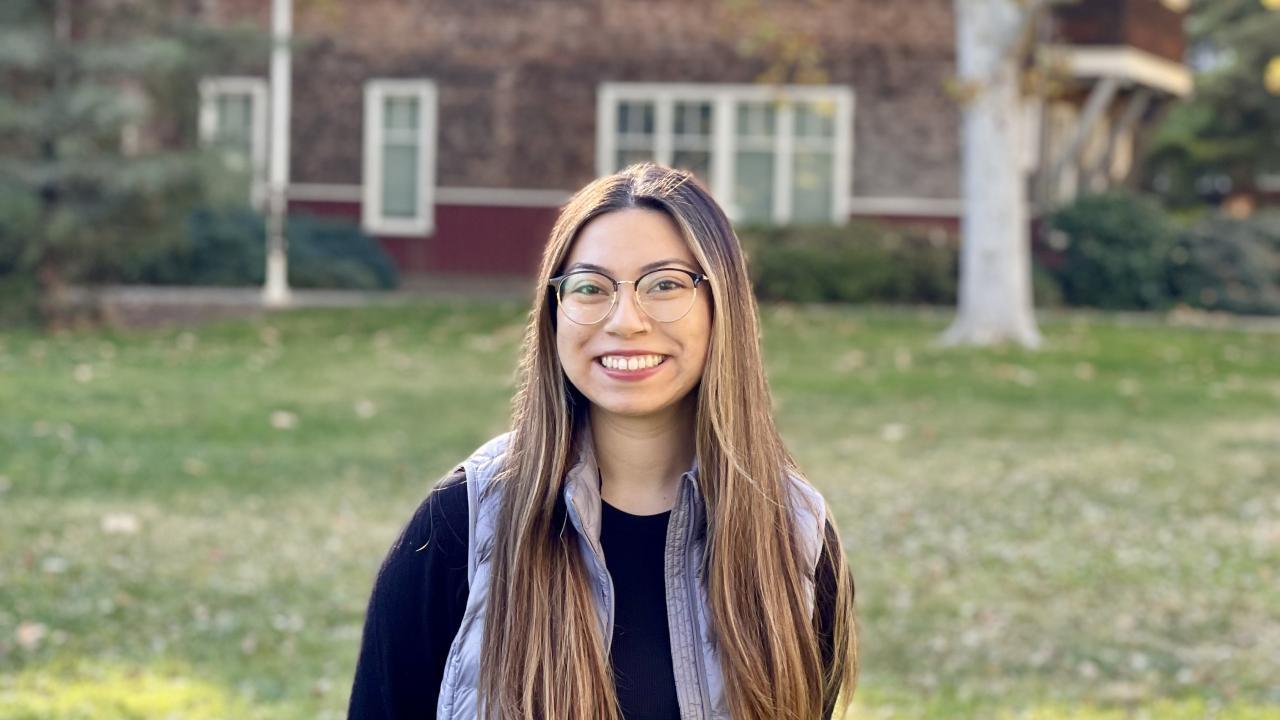 Jacqueline Arroyo Donjuan '23 became inspired to study aerospace engineering in community college but it was AvenueE that transformed her UC Davis experience as she prepares to graduate this spring.

“I have gained so much support from AvenueE, and I would not be in the academic and professional position that I am in today without them,” Arroyo Donjuan said. “AvenueE has facilitated my access to multiple resources such as tutoring, success coaching, counseling, guest speakers, internship, and, scholarship opportunities.”

Arroyo Donjuan transferred from Los Medanos College and gravitated towards mechanical and aerospace engineering after taking Newtonian physics and exploring the idea of escape velocity.

"Since space is such a different environment than earth, we need to understand how material, technology and humans are affected and work carefully and strategically to accomplish missions,” she explained.

She participated in programs such as the NASA Community College Aerospace Scholars and Lucy Student Pipeline Accelerator and Competency Enabler which introduced her to mission procedures, protocols and concept designs. These programs further pushed her to continue learning about spacecraft design and space exploration.

This led to an internship at Maxar, where last summer, she had the opportunity to work on OSAM-1, or On-orbit Servicing, Assembly and Manufacturing 1. Following her internship, Arroyo Donjuan was offered a position as an electrical test development engineer at Maxar.