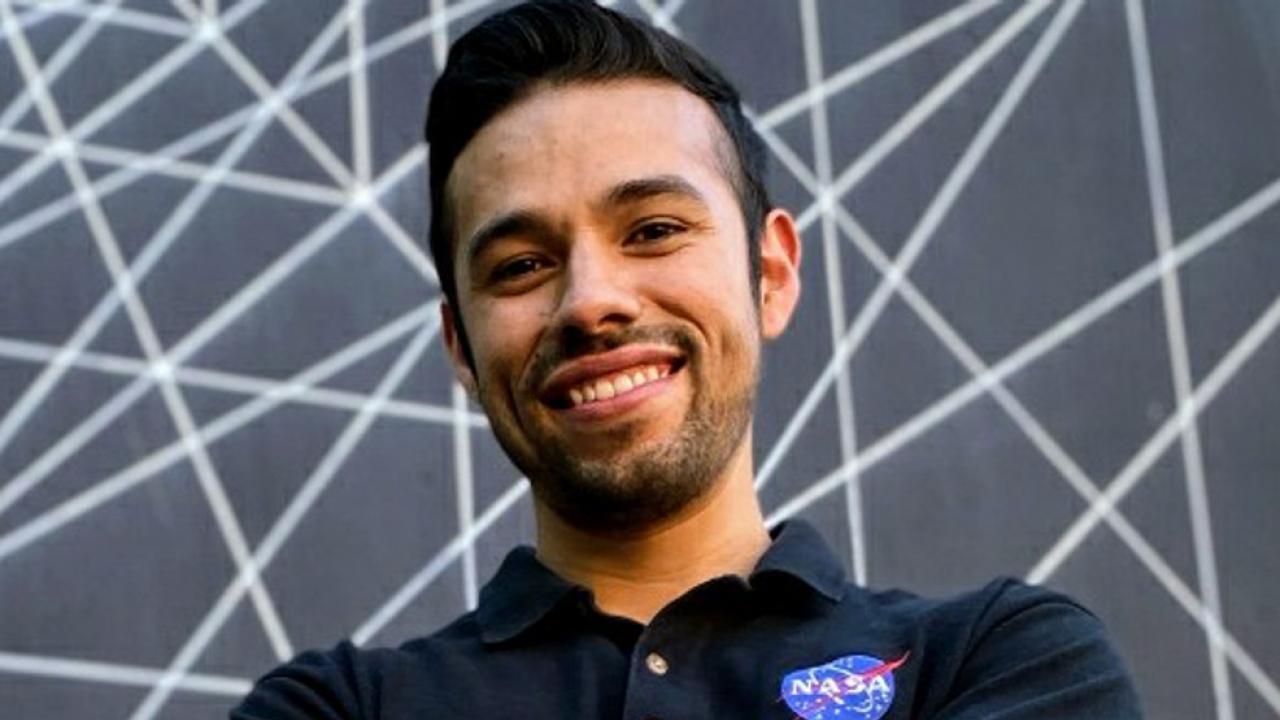 Felipe Valdez: Shooting for the Stars

Felipe Valdez received his master’s degree in mechanical and aerospace engineering (MAE) at UC Davis this past summer. Without skipping a beat, he’s off to his next journey as an aerospace engineer at the NASA Armstrong Research Center in Edwards, California.

His path to receiving a full-time position in his dream job was not without challenges. Felipe grew up in Mexico surrounded by poverty, alcohol and drug abuse. At the age of 16, he traveled to the United States alone and moved in with his grandparents to pursue a better education. Facing struggles with learning a new culture and language all while trying to succeed in school, Felipe found support in his family, fiancé, friends and school advisors.

How did you decide on the path of UC Davis and mechanical and aerospace engineering?

I decided to apply to UC Davis as it is one of the top universities in California and has a well-regarded engineering program. Mechanical and aerospace engineering is an exciting field that I wanted to be a part of and explore. Moreover, I knew that a few professors here were working on NASA-related research projects, which motivated even more to go to UC Davis!

What programs, organizations or resources do you recommend to students? How did you leverage these resources?

One of the main programs that helped me during my first year was the PEGS 21 program. This program helped me learn about campus resources to facilitate my success in my first year of graduate study. The seminar also served as a time for cohort building and connecting with other students.

Were there any connections you found at UC Davis that helped you along the way?

I have always had mentors that have helped me through my education. At UC Davis, I had a couple of mentors who helped me find the resources I needed. Alin Wakefield was my main mentor who I talked to and received advice from. Alin helped me to find the resources I needed at the time and always encouraged me to keep going during the difficult times. He was there to listen and provide his mentorship to anyone who would look for him.

I was able to make a few friends at UC Davis who I closely worked with. Connecting with this group of friends was a great way to not only network but also to learn how to work as a team, share advice and help each other during difficult projects.

Congratulations on the amazing job at NASA. What do you think made you stand out from such a huge pool of talent? Is there any advice you can offer to graduating students?

I truly believe what makes my story all that much more inspiring (and probably what made me stand out from others) was my motivation and persistence through all the drastic life changing obstacles I faced. Despite the constant struggles, I never gave up.

I was never afraid to look for mentors and ask for advice. Because of this courage, I was able to connect with significant people in my life who guided me and motivated me through my entire school journey. I always took their advice such as holding leadership positions in associations/clubs, getting involved in research projects and applying for scholarships and internships!

My advice for other students is to stay focused, consistent and proactive as much as possible. I went after scholarships, internships, awards and networking opportunities whenever I could. It’s important to get out of your comfort zone, build your network and take advantage of the great programs and clubs offered at UC Davis!

Eye on the Sky: Sarahi Granados '21

Perseverance Lands on Mars, With Help From UC Davis